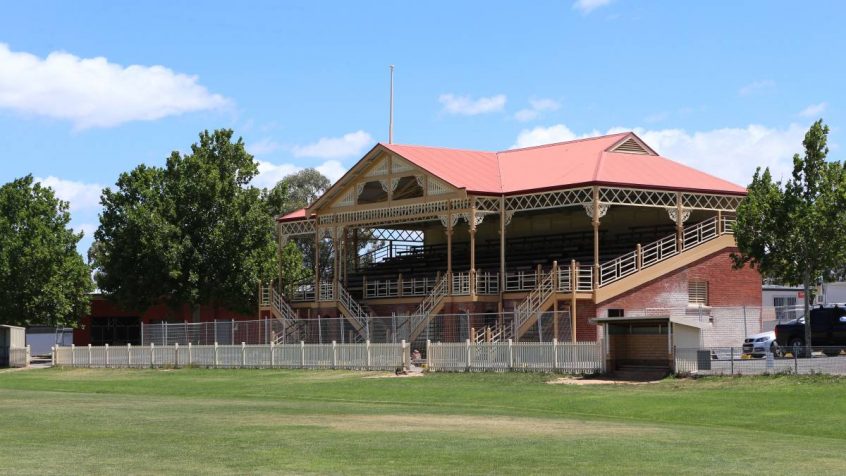 Over two donations Bendigo Stadium Group contributed $80,000 to Eaglehawk’s Canterbury Park Sporting Precinct, showing how we support local sport. An additional $5000 was raised through raffle tickets sold at The Borough Club, with prizes donated by Bendigo Stadium Group. The $6 million Canterbury Park project will give the local community access to a state of the art, multipurpose regional sporting facility. Groups set to benefit include the Eaglehawk Cricket Club, Eaglehawk Football and Netball Club, Eaglehawk Junior Football Club and Eaglehawk Bowls Club as well as the wider community.

“Bendigo Stadium Group was the first organisation to make a significant donation and this gave the clubs the impetus to raise further funds for the project and meet our funding goal … The final stage of the project is now underway and upon completion will have the best sporting and social facilities in the region.” 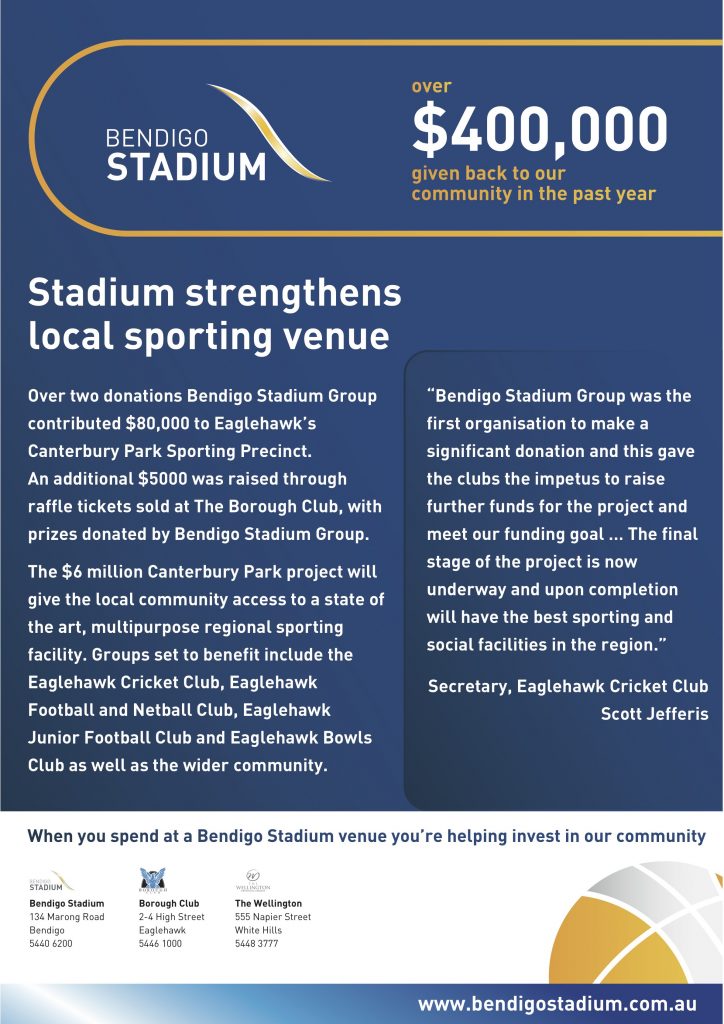